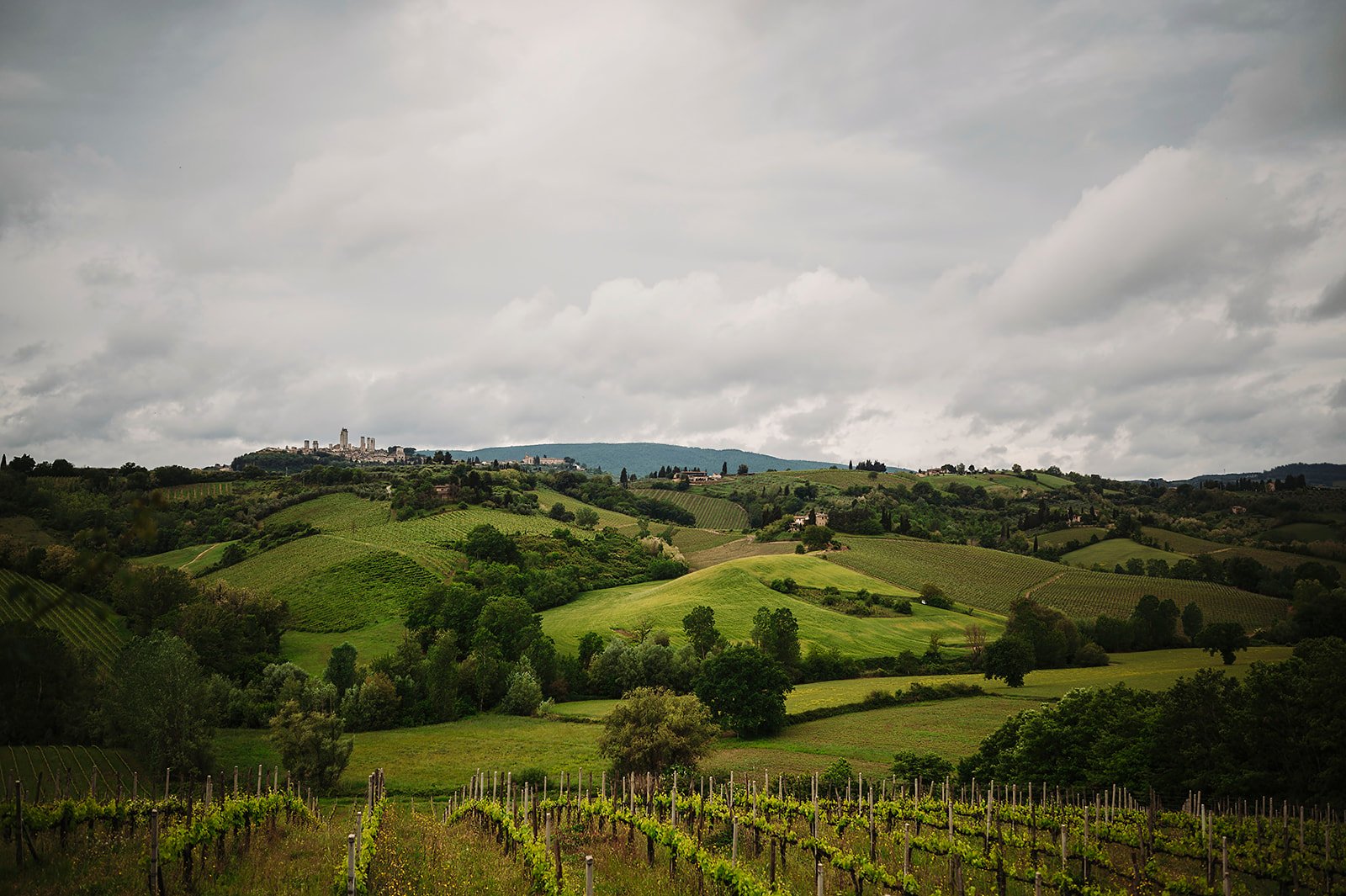 Aideen and Stuart and their rustic catholic wedding in Tuscany

Aideen and Stuart are an adorable couple, full of love for one another. They love travelling and this is one of the main reasons of choosing Tuscany for their big day. This couple, met during college and they knew they were meant to each other. 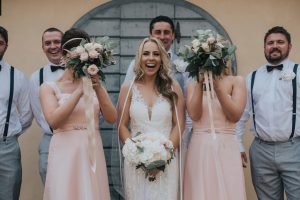 The perfect romantic setting for Aideen and Stuart, was a classy and naturally elegant villa nestled on the Florentine hills, with a picturesque manicured lawn and spectacular views over the valley. As they were both grew up as Catholic, for the wedding ceremony they decided for an intimate old country church. 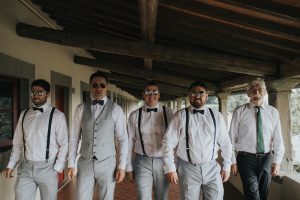 With simple but refined ideas in mind, the color palette chosen by Aideen was on the pale tones of white and pink, to create a strong contrast and underline the florals, deep greens were used as a complement. Silver accessories were chosen to pair with the light pink shades to create a very natural and soft atmosphere.  The result was a simple decor but bold enough to stand out in the different moments of this rustic catholic wedding in Tuscany. 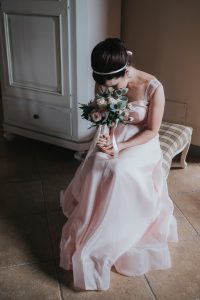 The bridal bouquet was made of pure white hydrangeas and pale pink roses merged with a deep green ass a contrast. Bridesmaids’ flowers were small and sweet bouquets made with green and white flower. Centrepieces were clean and simple; they were made of a multitude of small antiqued silver vases filled with bouquets of flowers completed by candles to sparkle to tables. 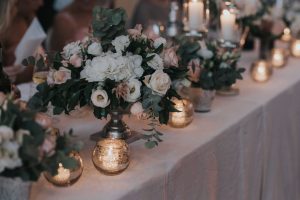 A rustic catholic wedding in Tuscany

When the beauty team arrived at the bridal suit, bride and bridesmaids were completely calm, but very excited about starting the getting ready. 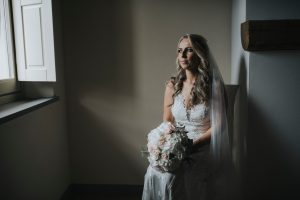 Laughs and sipping on champagne it is was a great way to start the wedding morning. Some traditions were incorporated in this day, the pillow for the rings was sewn by Aideen’s grandmother and the garter had some blue touches. 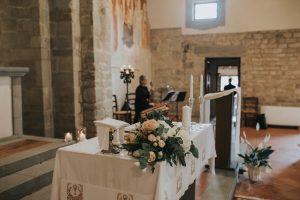 The rustic catholic wedding in Tuscany began with a traditional Catholic mass in a countryside church. To reach this graceful place in between the hills of Florence, the guests were transported with minivans from the Villa. This ancient Roman church, with its stone walls blend with the green countryside and its old history of monks’ in search of peace, was the perfect place to Aideen and Charles to celebrate their love. 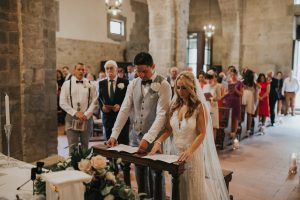 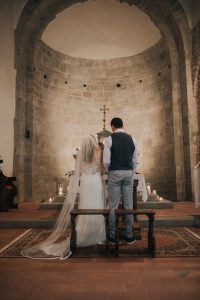 At the end of the Mass, some pictures were taken in the surroundings of the church. The architecture framed this lovely couple’s memories perfectly. 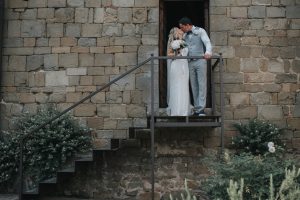 When guests arrived at the venue, while waiting for Aideen and Stuart to come back from private photos, a delightful aperitif was waiting for them in the gardens of the villa. A corner with drinks, like Prosecco, Spritz and wine along with two stations filled with Italian delicacies, didn’t disappoint at all the guests. 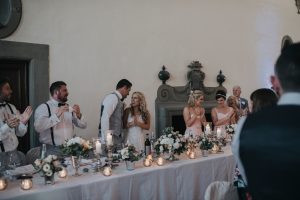 The reception took place in the stunning interior room of the Medici villa. The room is finely decorated with frescoes reproducing all the properties belonged to the Medici Family. 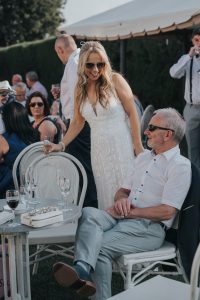 Before the wedding dinner, parents made touchy toasts. During the reception, funny memories along with lots of laughs were brought back by some friends telling old stories from the beginning of Aideen and Stuart’s relationship. 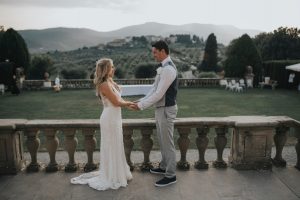 Round tables were the perfect touch. Guests could feel the intimate and cosy vibe of this rustic catholic wedding in Tuscany. For the couple and the bridal party, a spectacular top table was set at the centre of the stage. 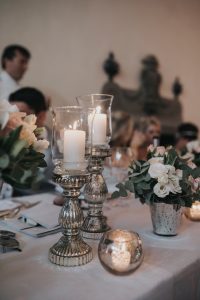 The entire night was full of joy and sentiments with lots of fun. The younger guests danced up to very late night together with the couple, in the amazing dancing all of the villa. 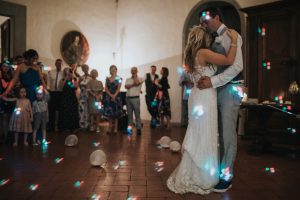 Aideen and Stuart’s rustic catholic wedding in Tuscany, was filled of sweet moments, family touching performances and handcrafted details. They couldn’t have been happier of their destination wedding in Italy.

Contact us to start planning your catholic wedding today!