How to address wedding invitations

12 Mar How to address wedding invitations 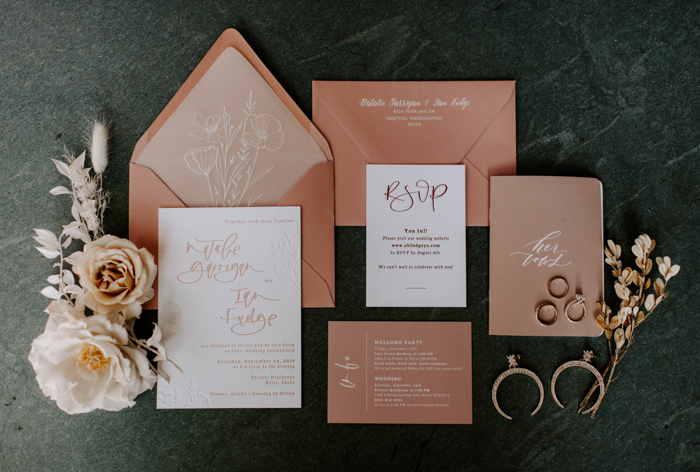 Wedding bells will soon be ringing and it is time to send invites. Wedding day is approaching, excitement is start to build and you fell it so real! Before going to the post office, let’s get to work how to address wedding invitations. It isn’t’ an easy job as it sounds, it is completely normal to feel a bit confused and under pressure.

This is the most special mail you’ll ever send out, take some time to take care of this. The tone of the writing can be both formal or less formal, keep in mind that invites will set the tone of the event and will help people to know what to expect.

There is an etiquette about what to write on the inner and outer envelopes, although you can still be formal without dropping the woman’s first name. Generally, formalities require the outer envelope to be more formal that the inner one.  In general, try always to keep both names on the same line. If you have to use two lines here below a little guide of what to write in 10 different situations.

In this scenario you have two options. Often, married couples have the same last name. As a main suggestion include both the husband and wife’s names. 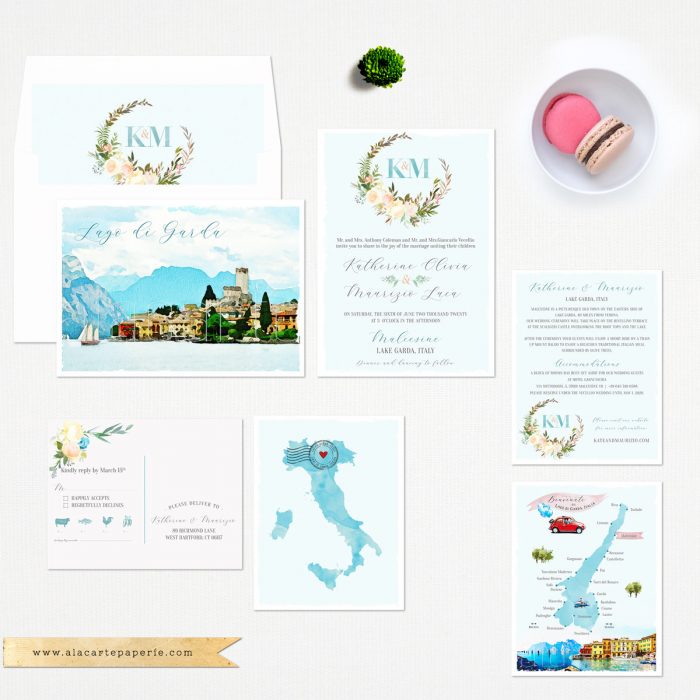 To drop the name of the wife is so old fashion and those days finally are over, some very independent woman could be offended. The most common mistakes are to put together the couple’s last name or to list the names after the titles: 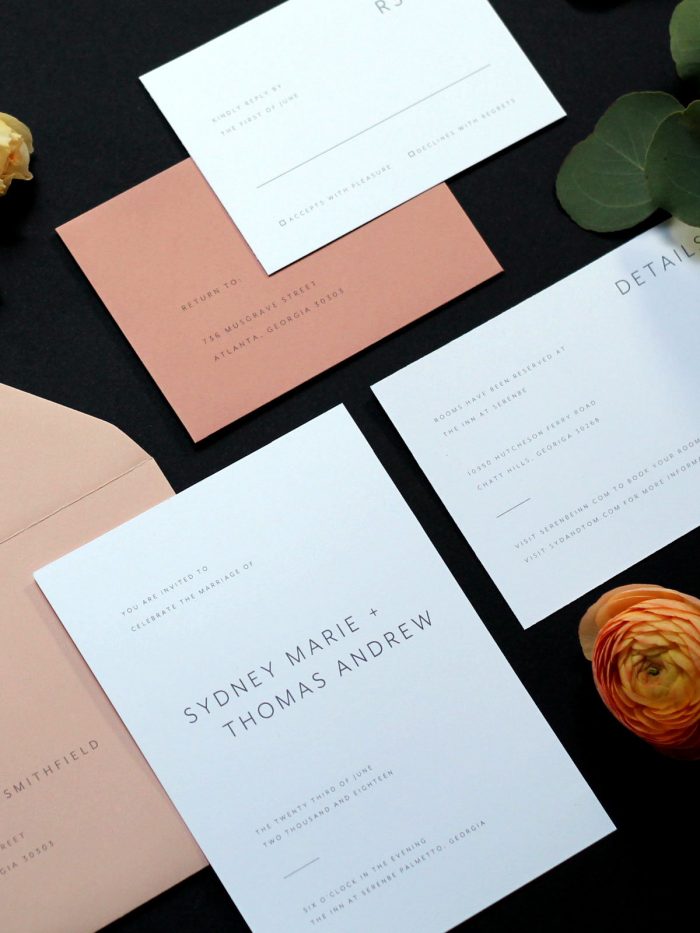 The correct formula to address envelopes in this case is:

If you are hosting an informal event, you can also use only the first names for the inner envelope: Mark and Jenine.

In the case the couple has use different name: “Mrs. Jenine Fusco and Mr.  Mark Edgar”. 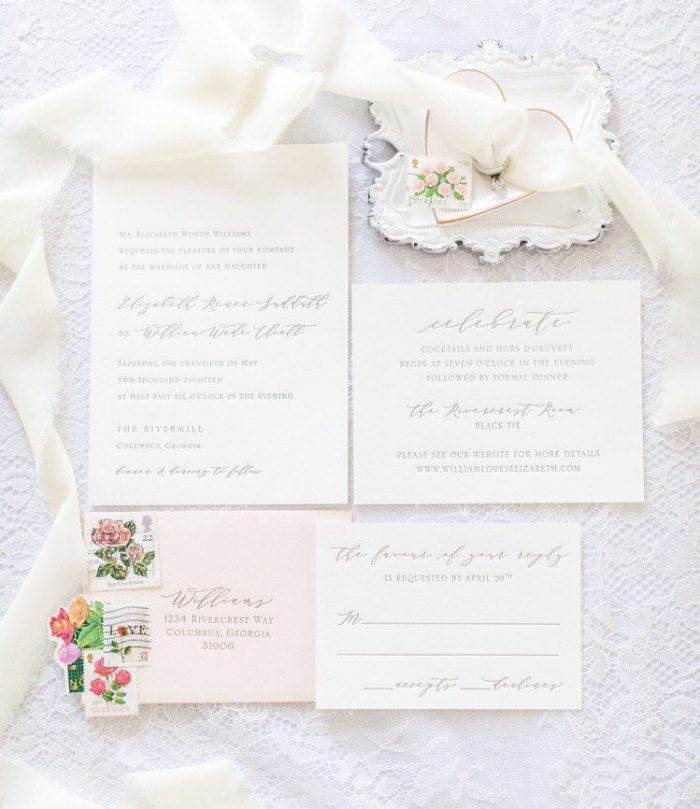 List the name of the woman first and if they are too long for one single line, list them separately using the conjoining “and”. Another option is to list the person you know and care most first, in case you don’t have any particular friendship, alphabetical order is never wrong.

For couples living together without being married, use the same model. If you want to be very formal, don’t use “and” since it means a union of some sort. Nowadays, couples do not really notice this, so use the form that you feel more comfortable with.

In case one of the spouses has chosen to their name, you should address the outer envelope using first name, maiden name, married name and substituting Mrs with Ms – even if Mrs is acceptable. For the inner envelope as above: Mr. Edgar and Ms.  Fusco-Edgar or the names Mark and Jenine. 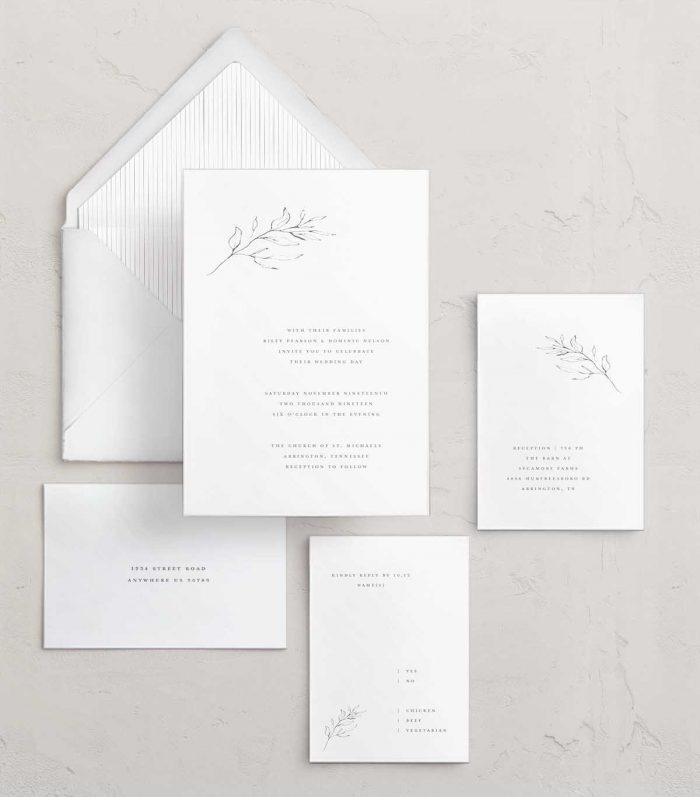 How to address wedding invitations to singles 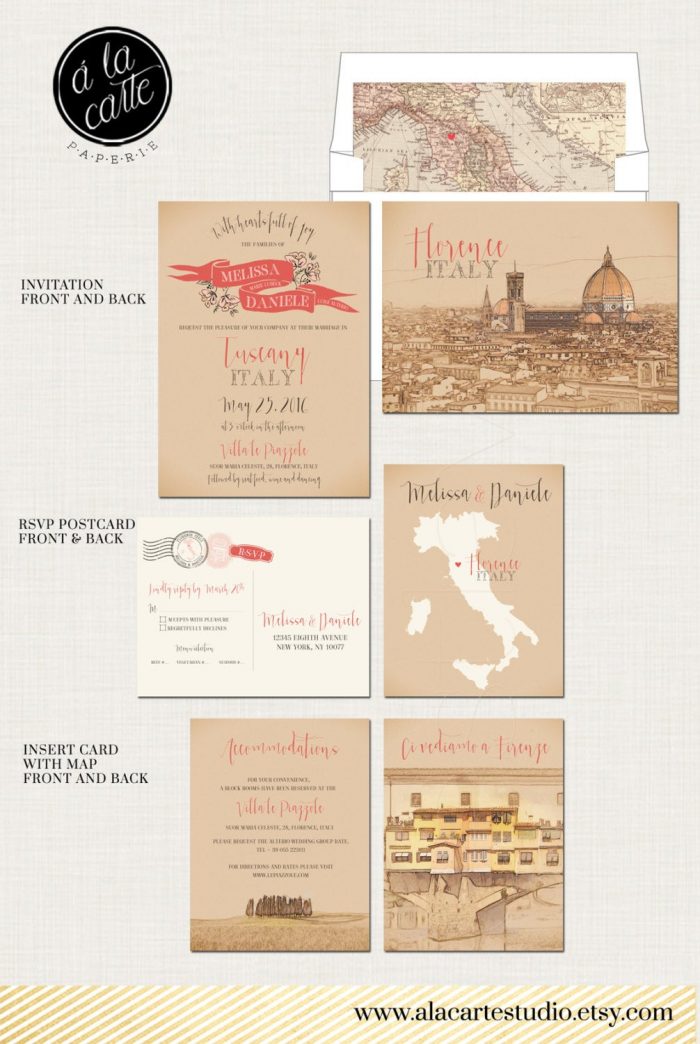 This is easy. For females use Ms. If she is over 18 years old and Miss if she has not eighteen yet.  For men, under 18 years old no title is necessary, on the contrary, if he has already above the major age, use Mr. 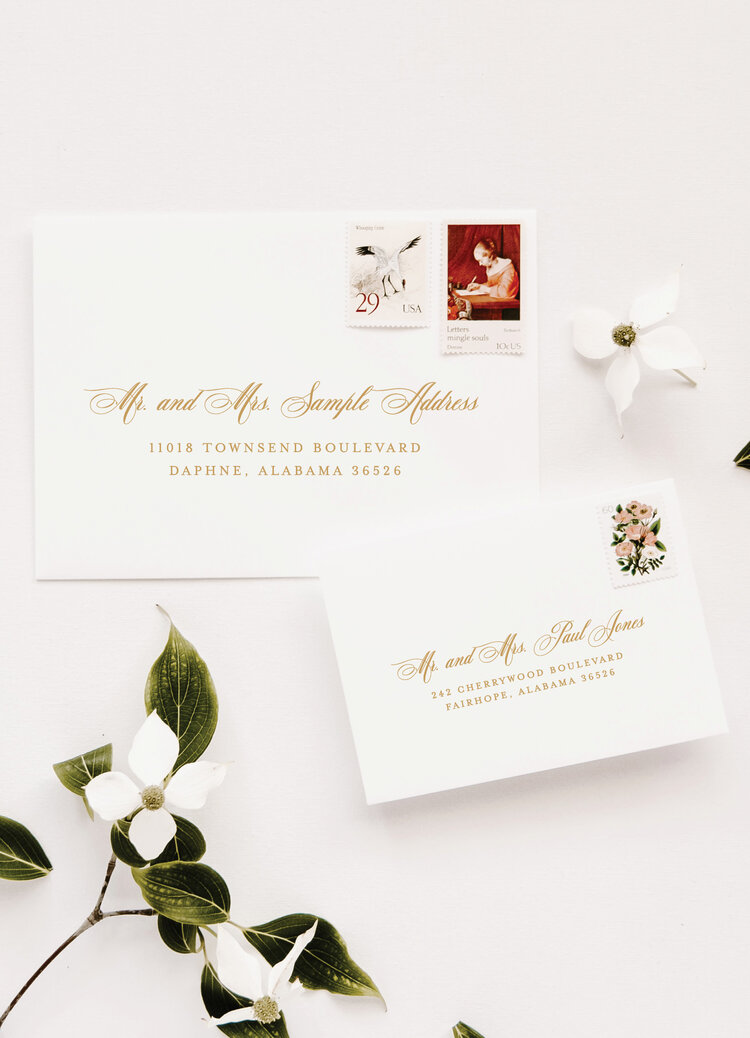 When inviting the whole family, be sure to buy a big envelope. Jokes aside, there are a couple of addressing that you can use. In general, parents’ names should be listed alone on the outside. If the parents both use the same last name, you can address the outer envelope to the family: “The Lewis Family”. 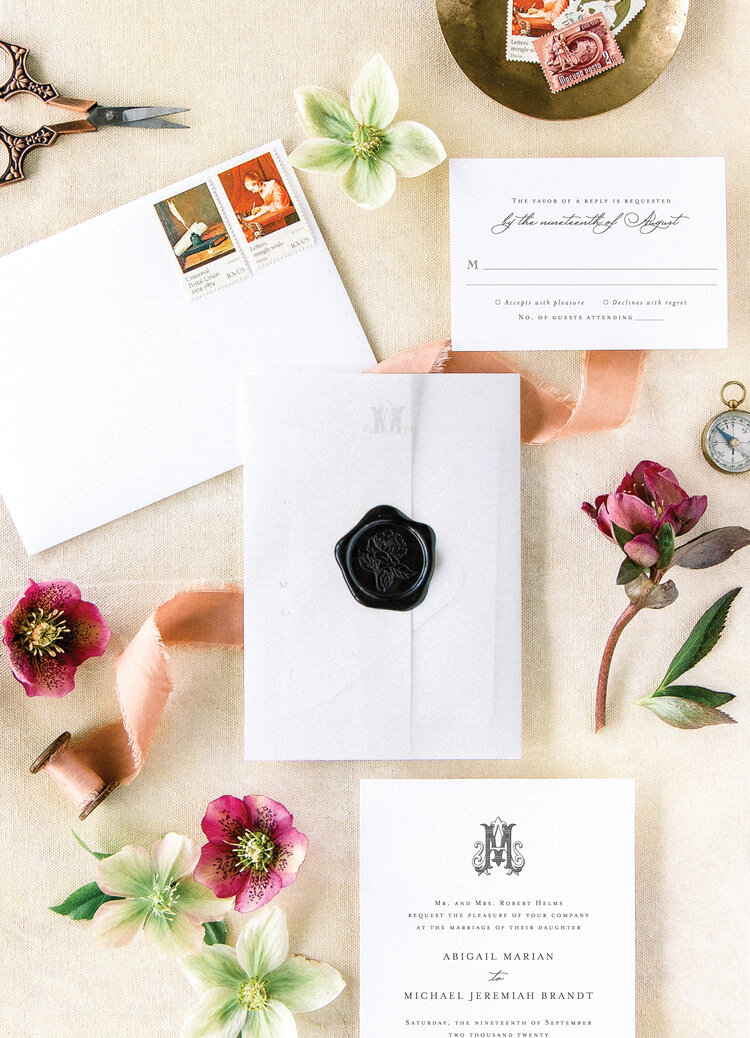 On the contrary, if they don’t, use both last names for the outer envelope (Mr. and Mrs. Lewis” or “Mr. Jacob Lewis and Mrs. Sue Lewis “) and all the names for the inner invite: Jacob, Sue, John, Miss Sarah. You can also write the name of the parents in one line and the names of the children in the second line, using the conjoining “and”. For titles, rules are the same of the ones for singles.

Use the same wording as for married couples, title + first name + last name and the same for the partner. In general, put first the person you are more related to, or go with alphabetical order: outer envelope: “Ms. Natasha Carlin and Ms. Tessa McGee” and Inner envelope: “Mr. Carlin and Ms. McGee ” or ” Natasha and Tessa ” 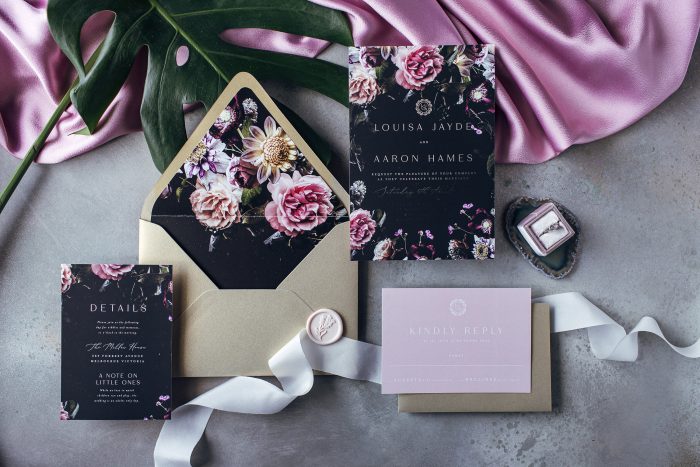 In case of a married couple in which one of them is a doctor or both of them are doctors. the etiquettes require to use their official title. Utilize “doctor” for the outer envelope but you can abbreviate it on the inner. If the couple hasn’t the same last name, be sure that the writings will reflect that. 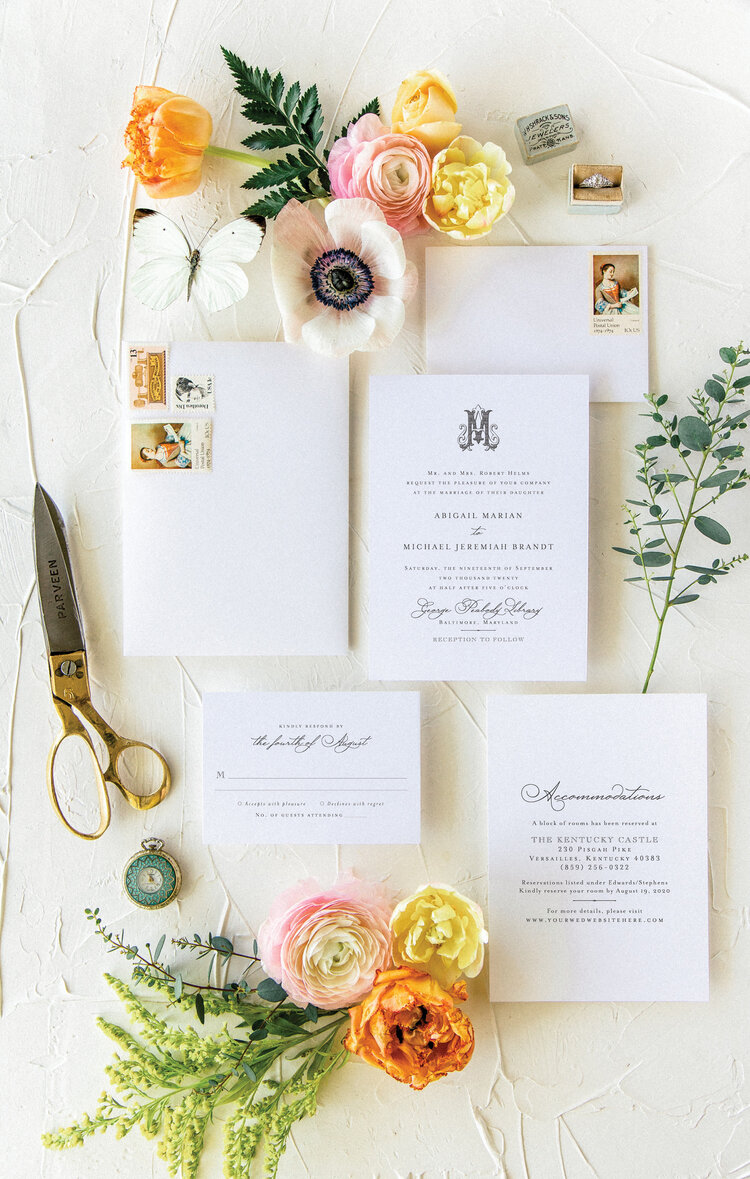 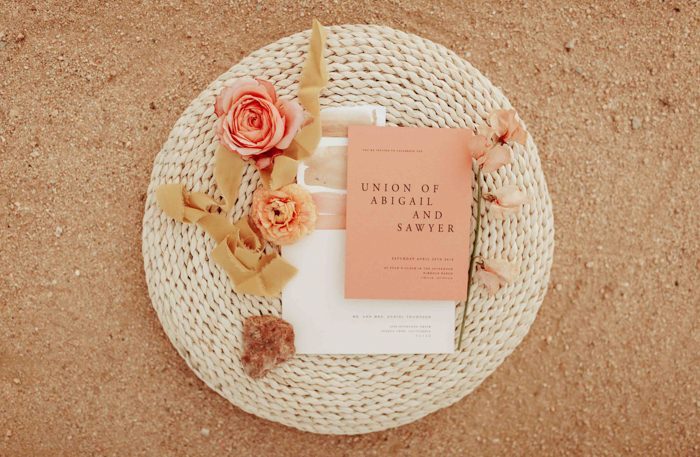 Same way as above. These scenarios, apply for: nobles, military personnel, judges, reverends and so on. Keep always in mind regardless of gender, the person with the title goes first. Spell out entirely the title in the outer and inner envelopes both. 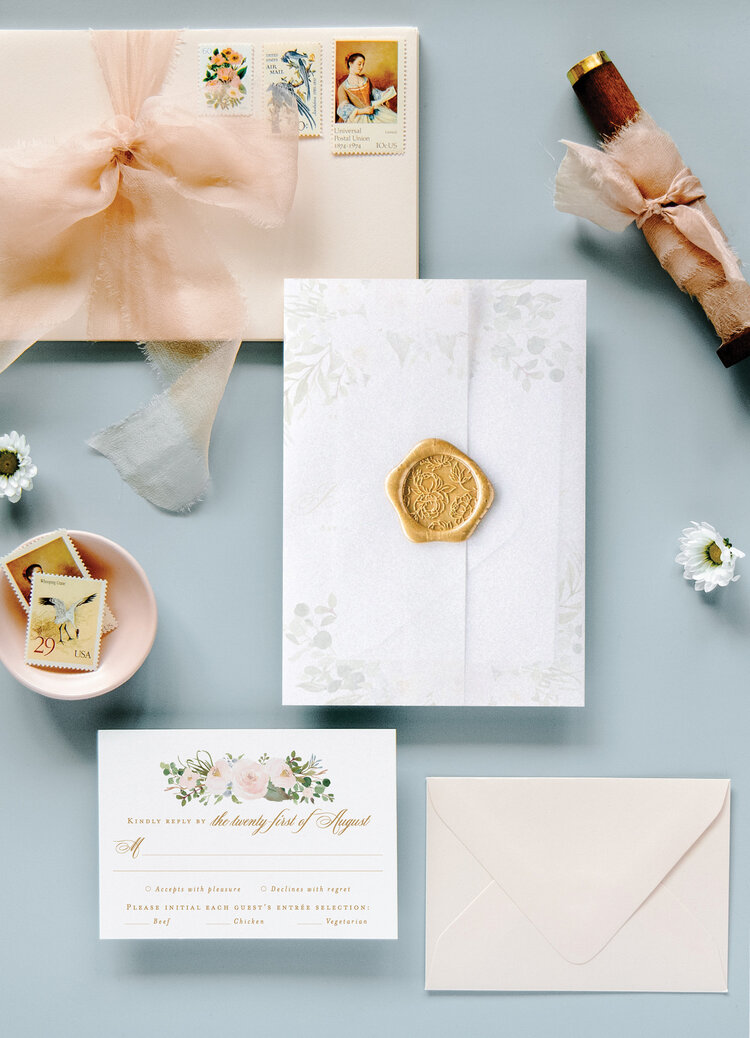 How to address wedding invitation in other cases 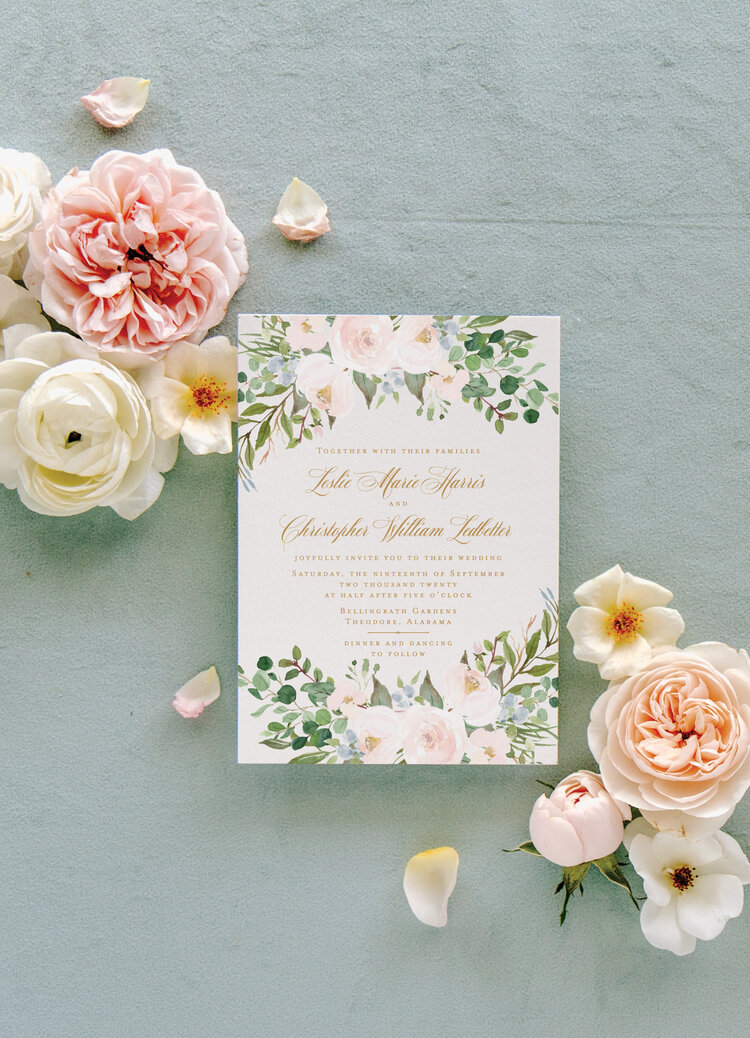 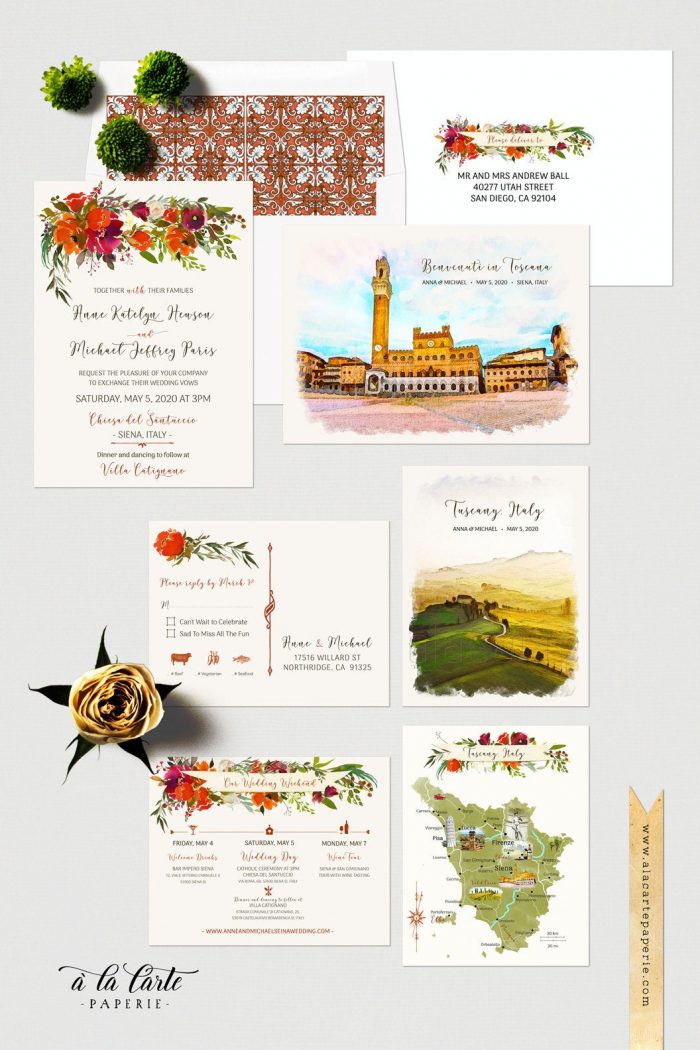 Still have doubts about how to address wedding invitations? Contact Us!